Game:
Added support for Thrustmaster TS PC Racer in “Advanced Mode”
Added support for colored rev LED’s on Fanatec CSL Steering wheel P1 (Xbox & PS4)
Game now properly clears the digits shown on the display of Fanatec rims upon closing.
Turned off Fanatec’s built-in auto-centering of the wheel.
Increased the default steering lock for gamepad users to 13 after feedback that 8 was too low.
Cut penalties are now decided by the game when the car has rejoined the track at racing speed, preventing cases where a penalty could sometimes be handed out to a car in an unfair manner.
Fixed incident reporting in Multiplayer results that would list all incidents in one and unique lap.
Fixed a case where a player could sometimes be handed a penalty upon spawning on the grid for the race start.
Fixed a case where “DRS Activated” HUD message could remain stuck on screen when manually shutting DRS off.
Fixed a case where player was unable to repair a broken front wing in Formula X-17, US or 2.
Fixed a timing issue on tracks like Nordschleife VLN / 24H that would occur when player did an outlap after pitting.
AI – Improved fuel calculations for pitstop decisions
AI – Improved tyre wear calculations for pit decisions
AI – Fixed a wrong AI behavior where it would fail to brake when caught out of fuel
AI – Further improvements to their behaviour when cars are on different lines.
AI – Improved pitlane entering behaviour on tracks such as Silverstone where AI could be sometimes seen braking in the middle of the track to make it into the pitlane entrance.
AI – Various DRS and Push to Pass logic improvements
AI – Fixed a case where, on track layouts like Nordschleife VLN, AI could sometimes be seen having trouble avoiding cars coming out of pitlane.
AI – Fixed a case where, in a replay, the data display in the cockpit camera would not match what the AI is doing.
AI – Fixed so refueling is always allowed in practice / qualifying, no matter the car class, preventing AI’s of classes like DTM being caught running out of fuel on longer sessions
AI – Allowed AI to enter pitlane through any entrance if more than one exists (i.e. – VLN / 24H Nordschleife)
Reduced the dropping / bouncing that could occur when car is spawning on track
Triple Screen – Improvement to the balance between clipping through objects close to camera and flickering of distant textures.
VR – Fixed a case where shadows would not render within a certain perimeter around the player.
VR – Fixed some window textures not showing transparency when they should
VR – Race ending phase no longer shows a moving TV camera
Massive update to french localization in both game and portal sides. 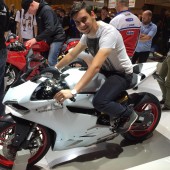